Book Reviews: In the Shadow of the Hanging Tree

Reviews of In the Shadow of the Hanging Tree:

“The white man only knows desire, Nótaxemâhta’sóoma. He knows nothing of contentment. His heart is dry and withered, and he seeks to revive it with that of which has no medicine. He is careless and wasteful, and places himself above and apart from all other things. The white sol­diers murder without regard, but themselves are spiritless and go scream­ing into their own deaths as they were born into life. The white father would take all of our hunting grounds and leave our children with stom­achs full of air and hearts full of hate. There can be no peace with such men. We will kill this murderer of The People, but it will not stop the whites. There will be more. Many more.”

The settling of the West involved a lot of unsettling first. American Indians were in the way of westward expansion. The buffalo were in the way of rangeland fencing. The West still needed to be conquered and exploited. Capitalism was just a more acceptable term for greed. There was simply no time to waste on upholding any sense of morality or being bothered by such words as honor or virtuousness. There was money to be made, and whatever was in the way just simple had to be ground down into powder.

Lieutenant John Elliot has just been booted out of West Point. The powerful father of Clara Hanfield, his love interest, has been the instrument of his destruction. A court-martial is preferable, but a firing squad is what her father really wants for John. Instead, he is assigned to a clandestine unit in South Dakota where he joins Colonel Frank Picton. John is temporarily asked to resign his commission because this isn’t an officially sanctioned operation. The powers-that-be want to be able to disavow anything they might do, while at the same time encouraging them to wreck as much havoc as possible.

If this were Vietnam, we’d call this Black Ops, but since it is in the mid-1860s, we just call it Manifest Destiny.

Their task is to give the American Indians what they call a nudge. If they wipe out a few villages, the warriors will have to go on the warpath. If these “rampaging” Indians kill a few whites, then the government will be able to sanction their extermination. Destroying the buffalo also takes away a primary food source for the American Indians. Starve them or kill them, either way they won’t be a problem for much longer.

Henry is an emancipated slave who is trying to find his place in the world. His anger over what has been done to him and those he loves simmers under a steady flame. Ghosts haunt him. His most trusted friend, Standing Elk, is a Cheyenne warrior who often understands Henry better than Henry understands himself. ”For Henry, the hatred which had slowly been fading over the last four years tried to return. He suddenly wished that he was a warrior like the name Notaxemahtasooma implied. He didn’t fully understand the word; it meant Shadow Warrior or possibly Spirit Warrior. He guessed the former as shadow could refer to his skin color. It didn’t matter. He wasn’t a warrior. He wasn’t anyone. He was a man without a place, without a nation.”

John, Clara, Standing Elk, and Henry soon find themselves standing on the wrong side of history, which frequently happens to be on the right side of morality.

I grew up reading a lot of Westerns by Louis L’Amour, Zane Grey, Max Brand, Nelson Nye, Elmore Leonard (Yes, before he became the guru of the hardboiled thriller, he was a Western writer), Ernest Haycox, Elmer Kelton, and later Cormac McCarthy and Larry McMurtry. I wasn’t surprised to learn that McLellan read a lot of the same. Even though I don’t read many westerns anymore, I do sometimes get a hankering to return to my reading roots. I will google lists of the best westerns and frequently find a hidden gem on those lists that may be trapped by a genre, but really should just be seen as fine literature.

In the Shadow of the Hanging Tree, to my mind, is historical fiction and, if seen that way, would open up a much larger reading audience for the book. McLellan has a compelling plot that shines a light on an insidious series of events in our history. He has characters that are made of flesh and bone, and when things don’t go well for them, I, as the reader, have that sinking in my belly that can only come from making a real connection with the characters. His villains are treacherous racists, blinded by greed and an unquenching desire to remake the world in their own deceitful images. His heroes are reluctant heroes, who would much rather lead a peaceful life, but find themselves in conflict with the jackboots of history.

The 1860s were a turbulent time with the East still recovering from the devastation of the Civil War, and then there was the systematic plan to wipe out the American Indians out West. It was an opportunistic time to do some household cleaning out West, with those who might care the most still nursing the mental and physical wounds from the bloodiest conflict in American history. This is a story full of grit and greatness, and treachery and duplicity. Saddle up and head West, my friends, and experience the real, unvarnished West.

I intimated to Michael A. McLellan that I might reveal aspects of his dark and disturbing past, which was enough leverage to get him to answer a few questions for me. Now that he has answered the questions I can say that I was completely bluffing. Whatever is dark and disturbing in his past has remained beyond my grasp…for now.

Historical Fiction isn’t something I reach for all the time, but Michael McLellan’s In the Shadow of the Hanging Tree blew me away. I think it is my favorite book I’ve read so far, this year!

The characters are absolutely the most intriguing part of this story. I love how we jump back and forth from each character, and watch how each story intermingles. The smallest details in the beginning can be the biggest detail toward the end, and I think that calls attention to the incredible talent of Michael McLellan.

The story is heartbreaking and beautiful – with themes of love, friendship, hatred, conspiracies, and murder. It’s difficult to read, but also something I think that is important. This part of American history is shameful, but this story is able to show that everyday heroes do exist and not everyone conforms to social norms.

I’m so impressed with In the Shadow of the Hanging Tree. It’s an emotional rollercoaster I don’t think I will forget, and I am so glad I was able to read it.

McLellan has produced in his third novel a searing tale of the 1860s, intertwining Southern slavery with massacres of Native Americans as white settlers expanded westward. It is not for the squeamish.

“In The Shadow Of The Hanging Tree” ($15 in paperback from Sweet Candy Press; also for Amazon Kindle) begins in 1861 in Missouri, charting the horrific life of 20-year-old Henry, a newly freed slave, attempting to escape the roaming militias intent on killing runaways.

Caught by Emmet Dawson and his band, Henry and his companion Eliza face almost certain death. They are taken to a big tree by the road. “There were six people hanging from the tree limb. Even with the blood from his cut face blinding one of his eyes, Henry saw more than he could bear: five men and one small boy, all slaves.”

There is a parallel story. In 1865, John Elliot is expelled from West Point at the behest of influential East Coast businessman Jonathon Hanfield. He is shipped off to Fort Laramie in the Dakota Territory to assist Colonel Frank Picton “with the Indian situation.” John, in love with Hanfield’s daughter Clara, is also the son of Hanfield’s rival.

Henry survives, recuperates with the Cheyenne, and becomes a military guide at Fort Laramie. When it becomes clear that Picton has formed a militia intent on fomenting an all-out race war against the indigenous peoples, Henry and John (now reunited with Clara) face stark choices. There is graphic violence (with the N-word used fifty times) in this deeply affecting, gut-punch of a novel.

“The white man only knows desire,” Standing Elk tells Henry. “He knows nothing of contentment… The white soldiers murder without regard, but themselves are spiritless and go screaming into their own deaths as they were born into life…There can be no peace with such men.” —Dan Barnett, Chico Enterprise Record 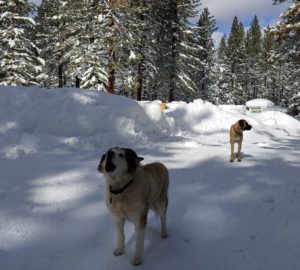