By michaelamclellan on Saturday, February 15, 2020

Pre-order your paperback copy of Return Addresses now. For a limited time, all U.S. and Canada pre-orders will be signed copies. Books will be delivered after May 15 2020.

**For Ebook readers you can preorder the Kindle version at Amazon

“This ain’t your world. You don’t have any friends out here. Not real ones. No one out here cares about nothin’ but where their next drink or fix is comin’ from. That, or they were born too messed up in the head to even understand what friendship is. Remember that. You can’t trust anybody. You can’t rely on no one but yourself.”

In the spring of 2019 Sean Pennington’s world of comfort and privilege is shattered and he becomes a ward of the state. Thrust into a broken foster care system, he discovers the harsh realities of orphanhood. Lonely, confused, and tormented by his peers, he runs away, intending to locate his only living relative; a grandfather he’s never met, who his only connection with is a return address on a crumpled envelope. Enter Andrea, a modern day hobo Sean meets at a California homeless encampment. Andrea travels the country by rail, stowing away on shipping container cars with other transients calling themselves traveling kids. Though battling her own demons, road-savvy Andrea promises to help Sean on his quest, but can she protect him from the unpredictable and often violent world she lives in? Review: In the Shadow of the Hanging Tree 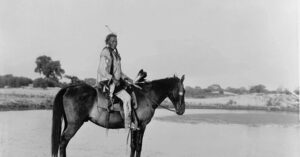