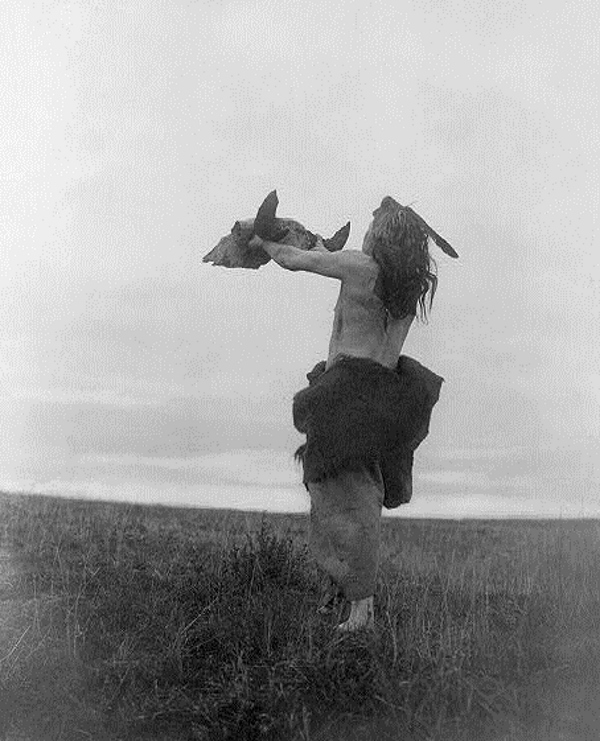 I’ve always had a deep need to understand how humans can treat each other the way they do. It’s a vexing issue, hatred. So is greed. The atrocities born of these things are far beyond my ability to grasp. These thoughts are reflected in most of my writing. Maybe it’s my way of coping with a world I don’t understand.

My biological father was Native American. Which is why I have a special interest in this subject. I didn’t have the opportunity to know him very well. I spent a summer with him when I was sixteen. He was a very troubled man, and I was a very troubled teenager. I could write a whole book on that single summer.Maybe someday I will.

I was raised for the most part by my white mother and white adoptive father, in a white neighborhood, in a mostly white city. I’ve seen a lot in my life, but I will never claim to fully understand what it’s like to be any non-white in this country. To this day I grapple with who I am. I probably always will.

“We are now about to take our leave and kind farewell to our native land, the country the Great Spirit gave our Fathers, we are on the eve of leaving that country that gave us birth, it is with sorrow we are forced by the white man to quit the scenes of our childhood…we bid farewell to it and all we hold dear.” – Charles Hicks, Tsalagi (Cherokee) Vice Chief speaking of the Trail of Tears, November 4, 1838

“This war did not spring up on our land, this war was brought upon us by the children of the Great Father who came to take our land without a price, and who, in our land, do a great many evil things… This war has come from robbery – from the stealing of our land.” —Spotted Tail

“We did not ask white men to come here. The Great Spirit gave us this country as a home. You had yours. We did not interfere with you.”  —Crazy Horse

“The white man only knows desire, Nótaxemâhta’sóoma. He knows nothing of contentment. His heart is dry and withered, and he seeks to revive it with that of which has no medicine. He is careless and wasteful, and places himself above and apart from all other things. The white soldiers murder without regard, but themselves are spiritless and go screaming into their own deaths as they were born into life. The white father would take all of our hunting grounds and leave our children with stomachs full of air and hearts full of hate. There can be no peace with such men. We will kill this murderer of The People, but it will not stop the whites. There will be more. Many more.”  —Standing Elk, In the Shadow of the Hanging Tree.

“That’s what fiction is for. It’s for getting at the truth when the truth isn’t sufficient for the truth.”
― Tim O’Brien

In the Shadow of the Hanging Tree is a work of fiction.

Outside of a small handful of figures of historical import and a few significant events, the majority of the characters and some of the occurrences depicted in the story are fictitious. Having said that, most of what transpires in the book in regards to the treatment of African Americans, Native Americans, and women during this time period is merely a fictionalized homogenization of actual attitudes and events.

Prior to the arrival of Christopher Columbus, it is believed that there were somewhere between 2.1 million and 18 million Native Americans in what is now the contiguous United States. By the 1890s only 250,000 remained. Even if you embrace the low-side estimate, the number is as staggering as it is appalling.

What was inflicted upon Native Americans during the colonization of this part of North America now known as the United States, is rarely discussed in the mainstream with any vigor. Most commonly it’s skimmed over or completely ignored. Our history books fall flat when they speak of it at all, and lay most of the blame for Native Americans decline in numbers on European diseases introduced to the continent with the arrival of European settlers. This is only a partial truth.

During the 19th century there was a concentrated effort by the United States government to eliminate Native Americans as an obstacle to the westward expansion of white settlers and all that came with them: cities, cattlemen, railroads, mining, logging, oil drilling. Not that it began there. The decline of the Native American population began with the arrival of Europeans in the fifteenth century. They were consistently displaced, corralled, or eliminated for well over two hundred years by the Spanish, French and British before there even was a United States. And of course there were the aforementioned European diseases. But this discussion is not about the Spanish, French, and British. Nor is it about disease. This discussion is regarding the United States and the United States government’s involvement in what was essentially genocide of the native population of this portion of North America. This isn’t an exaggeration. This is the truth, and it wasn’t that long ago. As recent as 130 years ago our government was still displacing Native Americans and hunting down and killing the ones who refused to comply.

In the recent past there were independent nations of indigenous peoples here. There were governments and borders and treaties, and sadly, wars. But these were sovereign nations. This land belonged to them. The whites arrived and simply took what they wanted through trickery, manipulation, and violence. They demanded the native peoples completely change their way of life to conform to rules and laws alien to them, handed down by who they (rightfully and understandably) saw as invaders. Native Americans were told where they could live and where they could hunt and gather food. If they resisted it was an act of war punishable by imprisonment or annihilation. They were displaced, starved, and murdered. Their game was deliberately killed off in order to force dependence on the U.S. government. Then finally, in 1871, after they were beaten from years of aggression, their numbers suitably diminished as to no longer be any kind of real threat, the United States government went from having a sort of pseudo-recognition of Native American independence to instead proclaiming them governable by the United States of America.

…That hereafter no Indian nation or tribe within the territory of the United States shall be acknowledged or recognized as an independent nation, tribe, or power with whom the United States may contract by treaty: Provided, further, that nothing herein contained shall be construed to invalidate or impair the obligation of any treaty heretofore lawfully made and ratified with any such Indian nation or tribe. — Indian Appropriations Act of 1871

“The power of the general government over these remnants of a race once powerful … is necessary to their protection as well as to the safety of those among whom they dwell”. The Supreme Court affirmed that the US Government “has the right and authority, instead of controlling them by treaties, to govern them by acts of Congress, they being within the geographical limit of the United States.—Supreme Court Ruling, United States vs. Kagama 1886

There are deep scars here. Scars that cannot be erased by the simple statement: It was in the past, let’s move on. I’ve heard this one more times than I care to count. If only it were that simple. The past has a very direct impact on the future, and there is still real suffering today at the hands of these particular past events.

“…I think that the past is all that makes the present coherent, and further, that the past will remain horrible for exactly as long as we refuse to assess it honestly.”
― James Baldwin, Notes Of A Native Son

There are now 5 million Native Americans in the United States, twenty-five percent of who live well below the poverty level.

What’s done can’t be undone, but surely some aggressive amends should be made. Amends that should be decided not by Washington bureaucrats, but by the voices of the People who have been directly affected by centuries of sinister government policy aimed solely at enriching white business interests. Restoring real Native sovereignty would be a good starting point. We’re at a place where we need to come to terms with our past and open up a civil dialog about the future and how to move forward as a nation that is healed and whole and works for the good of all. Unfortunately I don’t have the answers on how to get there. I’m just a writer and these are extremely complex issues; issues built right into the American psyche. I think, however, that awareness is the first step. That’s what this post is about. I feel that acknowledging the truth of our history is an absolute necessity. And we’ve made at least some headway in that respect in the recent past. But not nearly enough, and not much at all in regards to Native Americans, at least that I’ve seen. Like so many other important issues that demand their attention, the leaders in the U.S. government are sadly mute.